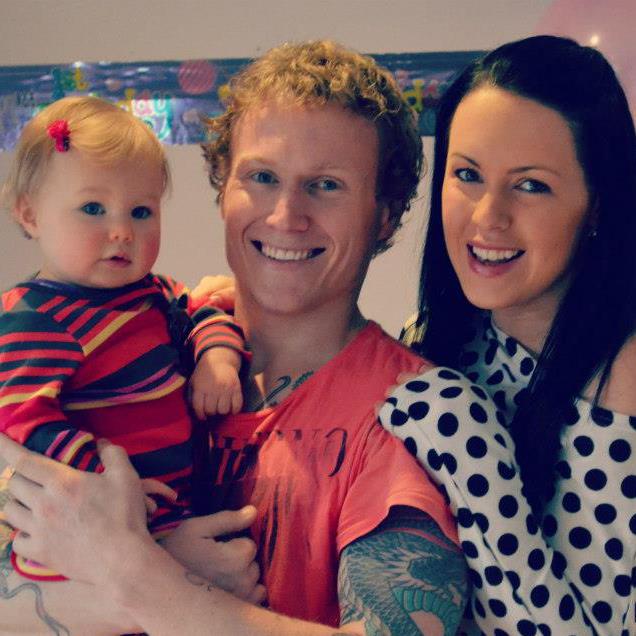 My names Mick and I’m 28, a humble factory worker and father of two. I’ve had a fascination with tattoos for as long as I can remember but It took me quite a long time to finally take the plunge. When some of my friends started getting tattooed after high school with some generic flash type designs I really started getting the urge and wanted to do the same but after talking to a few of the local shops and seeing the lack lustre end results on their clients I just never felt comfortable to follow through.

A few years later I had joined the army and was posted to Holsworthy Barracks in Sydney. With quite a lot of soldiers sporting tattoos and being absolutely surrounded by them in the heavy metal community which was by biggest passion at the time I started thinking about it again. The problem being I wasn’t exactly sure what I wanted and I was seeing a lot of terrible tattoos and only a few amazing ones. So basically the question I was asking myself was… What do I want and how do I end up with one of the good ones?

I found myself using all my time researching tattoos online and looking through thousands upon thousands of tattoo images. I knew I really wanted something big, powerful and original and it was about this time when I really started appreciating Japanese style tattooing. It just seemed to have such a simple timeless elegance to it and the only style that really seemed to flow seamlessly over the different contours of the human body. From there I decided I wanted a dragon on my left sleeve and found and printed off some images show artists the direction I wanted to head in.

This is where things turned into an absolute nightmare. I felt like I went to every shop I could find in Sydney looking for someone that was passionate, reliable, had a strong current portfolio and was willing to actually work with me to reach the desired result. Most of the artists didn’t even stop what they were doing to look at me or the artwork I had with me. “Just leave a deposit at the front with your name and ill draw something up and contact you when I’m ready” was the most common response. I probably spent 6 months doing this and in the end even left a couple of deposits hoping to get taken more seriously and be able to actually talk with the artists. Never heard from them even still…

I think id just about given up when I called Inner vision Tattoo (I think from memory to chase up one of the deposits id paid to an artist that never got back to me.) When I told the receptionist it had been for a Japanese dragon tattoo they insisted I book a consult with Kian as Japanese tattooing was his thing and I wouldn’t regret it. At this point I thought why not I’ve got to go in to collect my deposit anyway so I made a trip in to have a browse through is portfolios which was the best id seen in all the shops id visited and started to get very excited after booking in a consult.

A couple of months later I turned up to my consult very excited but nervous about how it would go. Upon meeting Kian I remember almost instantly observing all the important traits I was looking for. He was professional, passionate, friendly, honest and knowledgeable. I showed him the reference material I had and he said he would draw something original up for me and explained it wouldn’t be exactly like the picture I had which suited me as I wanted something of my own. We discussed where it would start and finish and he took a sketch of my arm. At the time I didn’t want to do a background which was fine by Kian… he said we could do that later when I changed my mind! I left that consult feeling 100% confident that I was finally going to get the tattoo I wanted.

A few months later I arrived at my appointment nervous again as it was my first tattoo. When Kian showed me the final drawing I was astounded, it was better than I ever imagined and I had no hesitation in nodding my head to get started. He put the stencil on a few times until he was satisfied it was positioned perfectly and then we got started. Id be lying if I said it didn’t hurt but Kian told me it was part of the deal and I had to earn it which added more significance to it and in a way I’ve actually come to enjoy the experience which Kian also always describes to me as character building and he’s not wrong! 10 hours over two sessions and I was all done! I was absolutely stoked with the end result, couldn’t have been happier!

It didn’t take long before I went back to get the other arm done as I was left feeling very unsymmetrical. Kian read my mind in suggesting we do a snake and skull which blew me away when I saw the end result both on paper and then on my skin. Kian always wants me to get involved in choosing colours and designs but he’s so good at what he does I usually just run with whatever he suggests and just let him do his thing and he always gets it right.

Kian has always been 100% reliable, the only time he’s ever moved an appointment was when he had a crash and fractured his collarbone. So when I decided it was time to do my back piece and I had moved interstate,I had no hesitation in booking flights to Sydney and back for every appointment. He’s always more than happy to work with me and make sure I’m off in time to make my flight and I’ve never once had a drama. About 50 hours later over 8 or so appointments I was the pride owner of the most wicked Samurai Vs Tiger back piece id seen.

Since then I’ve had my finance and children’s names tattooed by Kian in some very neat script and I’ve just booked flights to get started on the background on my arms(just like Kian said I would be back for in the beginning).

Kian is very upfront and honest, he just tells it exactly as it is whether you like it or not. For some I think this can be a bit confronting at first but it ensures there is never any confusion about what he expects from you especially in regards to looking after HIS tattoo as he like to refer to it. You might think at first that he expects quite a lot from you but really he only expects back a fraction of what he puts in. It doesn’t take long before you start getting to know and understand him and even consider him a friend.

At the end of the day if you want a Japanese style tattoo and quality is your number one priority get in contact with Kian and book a consult. The wait list might be long and there’s cheaper artists out there but I guarantee you its more than worth the wait and you get what you pay for. 6 years down the track there’s not one thing I would have changed and I’m always looking forward to my next appointment! 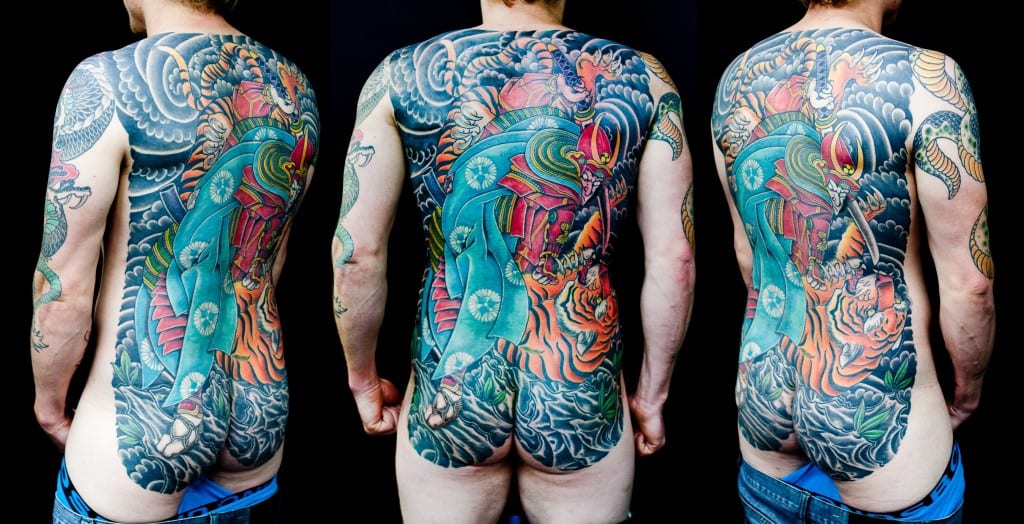 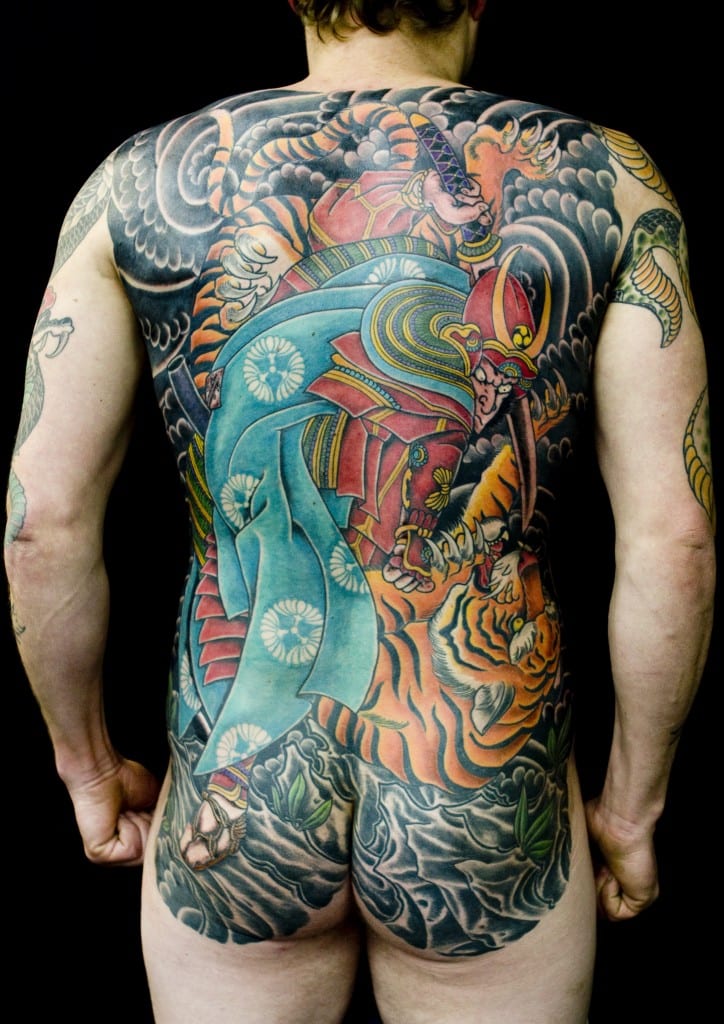