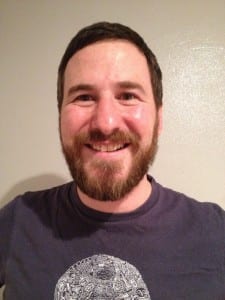 Originally, I discovered Kian Forreal’s art via a simple internet search.  His portfolio on its own is testament to his ability and (in all honesty) is what originally caught my attention.  However, upon further reading it was also Kian’s philosophy towards his art form, his obvious passion for tattooing, that resulted in me engaging him as a tattoo artist.  The recipient of a number of tattoos, I felt I had not yet fulfilled my need to obtain a stunning tattoo – something I was proud of.  Kian definitely seemed like the man for the job.

Somewhat naively, I travelled to Sydney to discuss my ideas with Kian.  Upon my arrival at the studio I was informed of an extensive waiting period.

Around fifteen months later, I got the call to come in for a consultation.

I attended my initial consultation with the intention of discussing a full or three quarter sleeve phoenix design; an idea that Kian dismissed.  Kian explained my existing tattoos would negatively impact the design.  Basically he needed a bigger canvas that was free of tattoos, to make the design work.  He wasn’t rude about it, just matter-of-fact.  I was however left with the distinct impression that Kian was not prepared to compromise the quality of his craft.  After further discussion, we decided on a back piece.  During the consultation, I explained to Kian the features on a number of traditional phoenix designs appeared effeminate, something I wanted to avoid.  Kian’s design did exactly that – a majestic, masculine phoenix.

Initially I proposed an entirely black-and-white tattoo, again, an idea Kian was sceptical towards. I’m relieved Kian steered me away from this notion.  Once a decision was reached regarding colour; I placed my trust in Kian as the artist.  He realistically chose the colour palette as he saw fit.
The first tattooing session consisted of approximately three hours of outline, which in all honesty, isn’t pleasant.  Around two and a half hours into the session Kian asks casually ‘So, have you taken any pain killers?’ Through gritted teeth I respond ‘No’.  To which Kian responds ‘It’s a good idea, nothing wrong with taking the edge off’.  In retrospect, perhaps this information would have been beneficial to me some two and a half hours earlier.

At the first session, I also recall Kian being relieved I didn’t have a ‘hairy arse’ – I guess I take that as a compliment?

In total I attended ten, three-and-a-half hour sessions.  As I lived approximately two and a half hours from the studio, each session was around a month to six weeks apart.  Kian was always amenable to me negotiating times and dates that accommodated my schedule.  During these sessions tattooing was Kian’s focus.  I never at any time felt ill at ease (Well, perhaps excluding the session when he burst the monstrous pimple formed on back, the result of the constant application of Vaseline Intensive Care lotion, with one deft squeeze.  Dude, did we just take it to the next level?).  Joking aside, the atmosphere in the studio was always positive: interesting stories; interesting characters; good music; and interested observers (countless times a fellow tattoo artist would crowd around to admire Kian’s work, which often involves a small crowd gathered around your naked arse, but you get used to it).  Kian always seemed genuinely excited in the progress of the tattoo: how it healed; how the tattoo evolved as the outline was filled in.

If there is a hell, its inhabitants wear cling wrap….  The tattooing itself (whilst excruciating) is a distant second to the discomfort experienced during the healing process.  Following your session a protective cling wrap layer is applied to your tattoo (this is particularly intimate when taped to your bum cheeks).  Cling wrap, for the next seventy two hours, creates a delicious cocktail of plasma, ink, blood and (if you are lucky enough to experience this joy in the height of summer) excessive sweat – but it’s all part of the healing process.

Within approximately fifteen long months, the tattoo was completed (although I’m sure Kian would love to tattoo a background on the piece).
Even after two years, almost daily, I stop to admire Kian’s tattoo in the mirror.  I think that about says it all. 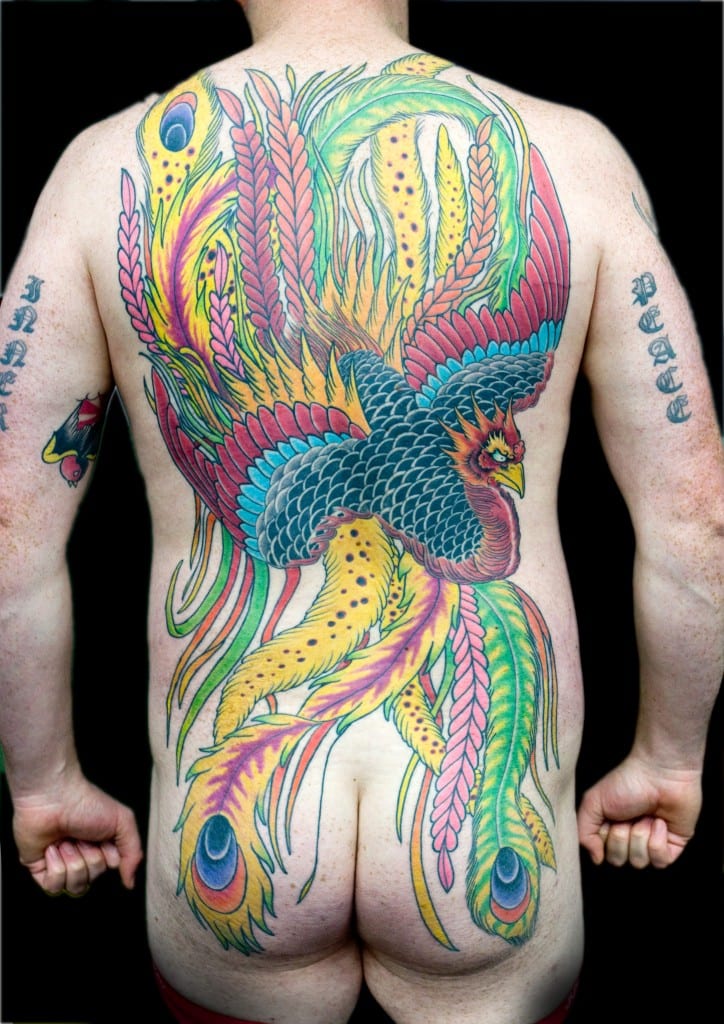